Angela came to see us last year as she had what’s known as ‘uncontrollable brows’ you can see her natural brows in the picture above. We don’t take removing a client’s eyebrow hair lightly, but sometimes we have absolutely no other course of action as the final option.

Angela used to have a hard time at school because of the way her eyebrows looked. After a lengthy consultation and careful consideration, it was decided that on the day of her appointment we would completely remove her existing brows. As you can imagine this was a very emotional moment for Angela as she experienced closure from her past and a new feeling of liberation. Once we had removed her eyebrows, we applied our famous signature Hair-stroke technique and designed Angela’s new set of very attractive and easy to maintain eyebrows. A year or so later and we have a very happy Angela. We think she looks sensational, she reports that she feels like a million bucks!

Here is a picture of Angela taking a selfie, very pleased that she can now show the world her fab new eyebrows ♥

For all and anything to do with your eyebrows, we will offer expert advice and recommend the best PMU treatments available for your particular situation. Don’t hesitate to call us on 0141 889 7013 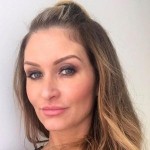